Prior to becoming a full time neutral, Paul spent time as a CEO and Director for a number of international businesses including in international freight and transportation where his focus is on energy transition and ESG issues. Paul has also been the Managing Director of an international construction company.

Paul regularly lectures and publishes on dispute resolution in the UK and internationally. He runs the advanced training for mediators and arbitrators in New Zealand where he was originally based. He has trained at the Harvard Program on Negotiation, focusing on complex and multi-party disputes, particularly those with a public policy or public interest component. Paul’s engagements in the energy transition sector include a long-term facilitated negotiation project dealing with solar energy.

Paul has recently been named as one of the change makers in New Zealand’s Lawyer's inaugural Most Influential Lawyers list 2021.

His commercial background and unique understanding from a client’s and lawyer’s perspective means he is well placed to accept appointments in the below sectors.

Paul has decades of experience as counsel (predominantly as lead counsel) and more recently as arbitrator in general commercial arbitration matters across a wide range of legal issues and subject matter. That experience is all based in jurisdictions that have adopted the UNCITRAL Model Law – New Zealand, Australia or International (Ad hoc).

Paul’s arbitration work is supported by 26 years as counsel at all levels in the New Zealand courts plus appointments in Australia and Fiji. Paul has also worked alongside senior counsel in Hong Kong in an international matter involving publicly listed companies in Hong Kong (and elsewhere) investing in the New Zealand dairy industry.

Paul is a Fellow with CIArb and a number of arbitration institutes worldwide, as well as an arbitration panel member in numerous jurisdictions.

Paul is a highly qualified and experienced commercial and civil mediator who specialises in the resolution of complex multi-party disputes. Paul uses his extensive commercial experience (as director, CEO and company receiver) to assist the parties explore pragmatic, commercial solutions to their disputes.

Paul is active in both traditional one-day mediations (typically litigated disputes) and early facilitated negotiations between commercial parties (whether as mediator or member of a disputes board). Paul has significant first-hand commercial experience of the benefits of early and continuous engagement by either a single mediator or Dispute Board in long-term projects and commercial relationships.

Conflict avoidance techniques and engagements are a specialty of Paul’s and where he spends significant time as a dispute resolution practitioner. Paul has designed a number of dispute avoidance processes for businesses and joint ventures where the parties involved have been at various stages of dispute (from early warning signs through to stalemated boards of directors or shareholders).

Paul’s experience makes him ideally suited for conflict avoidance and corporate diplomacy engagements that require a long-term engagement and the ability to bring together multiple parties and stakeholders to build and maintain strategic relationships and achieve results that are of mutual benefit to all stakeholders.

Paul worked with both parties and their legal teams over the course of four months to negotiate a package for the joint venture parties to be able to divide up the properties and any net profit and bring their relationship to an end.

Six months of negotiations with the parties and their legal teams saw resolution on the termination of the supply contract and agreement on the remuneration both would receive as a consequence of termination.

This dispute involved a publicly listed company in New Zealand and a publicly listed company in California. The parties had a long-term supply and maintenance agreement over which they were in dispute. Both Boards of Directors considered that the only pathway forward was commercial litigation. The first dispute that would need to be determined was around forum: which jurisdiction that litigation should take place in.

Paul spent 12 months working with the Boards of Directors, their senior management teams and their lawyers negotiating for a resolution which would negate the need for litigation (the potential damages claims would run into several million dollars).

After 12 months of negotiations a new supply agreement was negotiated and entered into between the parties. They remain in business together today.

Note: In all the above examples, these matters were resolved without litigation being commenced.

Paul also acted as a receiver for Caterpillar Finance (Asia Pacific) on the receivership and sale of an international superyacht business.

Paul has a passion for aviation. In the early stages of his career he was an Orion P3K navigator /tactical co-ordinator in the Royal New Zealand Airforce. It is where he also experienced the law for the first time, acting as witness on the prosecution of numerous fishing vessels caught fishing illegally inside New Zealand’s territorial waters or Exclusive Economic Zone.

Since then, Paul has acted in a wide range of aviation matters from cargo claims through to commercial aircraft accidents and personal injury/fatality claims.

Some specific examples of Paul's aviation experience are highlighted below.

Paul’s work has included several aviation disasters, both in New Zealand and internationally. Given his legal and military aviation experience Paul was accepted as an aviation accident investigation officer in New Zealand.

Paul has years of experience acting on complex banking and financial disputes as receiver, counsel or mediator. His receivership work includes acting as receiver of a failed finance company following the 2007 GFC. As counsel he acted on the largest joint venture receivership in New Zealand history – between New Zealand based forestry interests and CITIC in China.

Paul is accustomed to working on matters with complex debt and securitisation issues that need careful analysis, often involving a consortium of banks – both domestic and international – with competing interests or priorities that need to be resolved.

Fintech is a strong interest of Paul’s where he is actively engaged in, and publishing on, the use of arbitration and mediation for the resolution of complex Fintech matters involving smart contracts, cryptocurrency and other distributed ledger technology.

As with many arbitrators and mediators, Paul has decades of experience in construction, engineering and infrastructure issues. Paul has also acted as counsel on numerous construction disputes (from superyachts through to high-rise buildings) both in the courts and in arbitration (international and domestic). Paul acted for the receivers on the receivership of Hartner Construction Ltd in 2000 – at that stage the largest construction company failure in New Zealand.

Paul is the chairperson of the Master Builders Association Standards Committee – which investigates, hears and determines all disputes regarding registered Master Builders in New Zealand.

Coupled with his marine practice, Paul has a strong interest and experience in the freight and transport sectors. He has been for over a decade now an independent director of New Zealand’s largest family-owned freight business – which has domestic freight, logistics and international freight divisions.

This expertise sees Paul regularly asked to advise on strategic planning initiatives for the future direction of transport, both nationally and internationally, including green initiatives.

Paul has extensive experience in sports law and has represented individuals at an international level in cycling, squash, motor racing and rugby (including All Blacks).

He is the chairperson of the appeals committee for Netball NZ and was an age group adjudicator for Triathlon NZ. Paul has also lectured in sports law at UNITEC Institute of Technology.

Acting as arbitrator in a number of arbitrations under the Arbitration Act 1996 (UK).

Acting as arbitrator in a domestic arbitration under the Arbitration Act 1996 (NZ) regarding a commercial contract dispute.

Acting as arbitrator in a domestic arbitration under the Arbitration Act 1996 (NZ) regarding a family estate dispute.

New Zealand Regional Councils – 3 investigations and determinations issued into the conduct of elected officials in the last 12 months.

Lead counsel in a superyacht refit dispute in the Melbourne High Court.

Lead counsel acting for the receivers of Hartner Construction Limited (at the time the largest construction failure in New Zealand).

Junior counsel acting for Air New Zealand on the collapse of Ansett Australia.

Shareholders Disputes - I have worked on numerous shareholder disputes

"Paul is the leading practitioner of a new style of mediation which is more sophisticated and more effective for complex commercial disputes than anything else.”

“Paul builds insight into the real issues at dispute quickly, and is nimble in moving between issues to ensure mediation progresses effectively.”

Paul “has been recognised for his excellent work by various professional bodies, both in this country and abroad. Unsurprisingly, he is one of New Zealand’s leading mediators 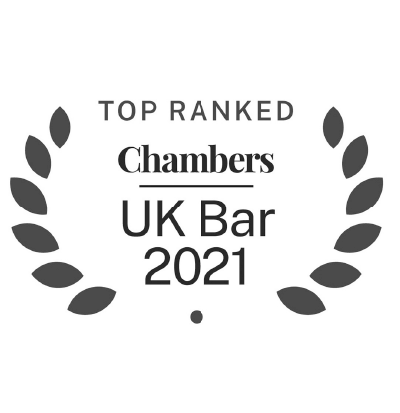 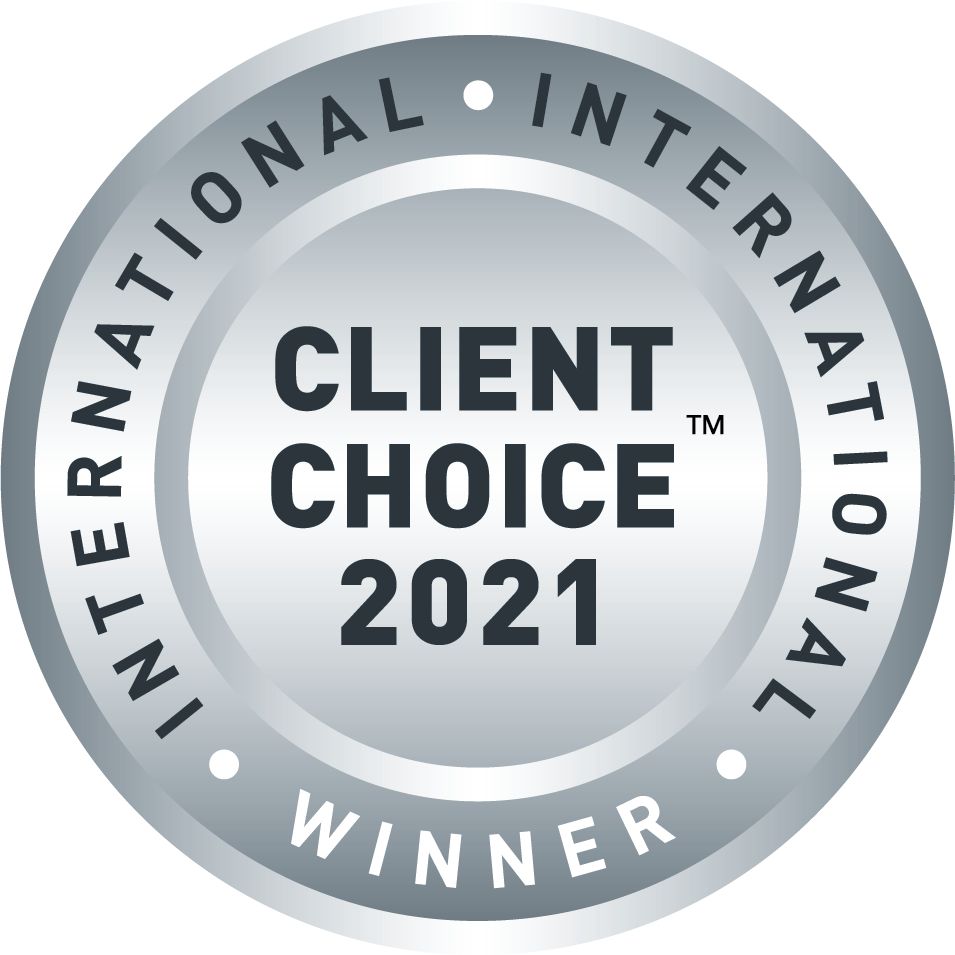