Anthony, an Australian Silk, is a leading international arbitrator and neutral with a particular expertise in commercial and sports-related disputes.

He has sat as both a sole and panel arbitrator including as Chair in over 95 arbitrations involving complex commercial, disciplinary and governance disputes.

Anthony is also accredited as an advanced mediator and expert determiner in high value multi-party disputes.

Anthony has acted as arbitrator and counsel in hundreds of disputes in diverse areas including commercial, equity, corporations, insurance law, professional indemnity, property and sports law.

Anthony is recognised as a leader in his field and works out of Australia, Asia & the UK.

In 2016, Anthony was appointed as a Mediator and Arbitrator of the Court of Arbitration for Sport (football and general lists). He has served the CAS with distinction in various procedures since that time as both the President of Panels and as co-arbitrator. In 2018, he served on the CAS Ad Hoc Panel for the Asian Games in Jakarta.

In 2019, Anthony was appointed to the International Panel of Sport Resolutions (UK).

In 2020, he was appointed as Chair of an ITF Independent Tribunal Panel to determine a dispute between the ITF and a Member National Federation.

He is a panel member of The Football Association (FA) UK and has chaired three Regulatory Commission hearings for the FA, each of which concerned alleged breaches by participants of The FA Rules including the Association’s safeguarding regulations.

Anthony is a member of the Football Australia (FA) Appeals Committee and has since 2008, determined both disciplinary and non-disciplinary disputes that have arisen between the FA, Member Federations, Clubs, and Players mostly involving players and coaches of international repute.

He is also a member of the FA Disciplinary and Ethics Committee since 2008 and has determined disciplinary issues arising from on-field incidents involving players and coaches of international repute competing in the A-League, Australia’s Premier National football league.

As Chair of the Football NSW (FNSW) Appeals Tribunal since 2012, Anthony has determined appeals involving both disciplinary and non-disciplinary disputes that have arisen between FNSW, Members of FNSW, Clubs and Players.

Anthony is the acting Racing Appeals Tribunal of New South Wales and has determined appeals heard on a de novo basis from first instance decisions in the thoroughbred, harness racing and greyhound racing industries.

He is one of the inaugural members of the National Sports Tribunal (Australia).

Anthony has also been selected to serve on other sports tribunals including for Surf Life Saving Australia and Australian Sailing.

In July 2022 Anthony was also admitted to the Federation Court for the Commonwealth Games, Birmingham UK 2022.

Anthony has over 35 years’ experience appearing in a myriad of commercial disputes ranging from high-value banking, sale of goods, corporate insolvency, shareholder issues, property and financial markets regulatory matters to representing the interests of directors in relation to breach of duties and insolvent trading claims. He has also advised and appeared in relation to merger-related disputes.

Anthony has advised and appeared for insurers and reinsurers in relation to indemnity issues, professional indemnity claims (including advising and appearing in defence of surveyors, architects, valuers, brokers, town planners, builders and lawyers) and product liability claims.

Anthony is a highly regarded and sought-after mediator. He is particularly adept at manoeuvring the intricacies of complex multi-party disputes to focus on the real issues in dispute with a view to facilitating resolution.In January 2016, Anthony was appointed by the International Council of Arbitration for Sport (ICAS) as a mediator of the Court of Arbitration for Sport (CAS) and in February 2019 he was appointed to the mediation panel of Sport Resolutions (UK).

In June 2021, Anthony was appointed by the Government of the Northern Territory of Australia to an inaugural panel of mediators under the Petroleum Regulations, 2020.

Anthony is also a member of the AIAC Mediation Panel, the ACICA Mediation Panel and the Resolution Institute Panel of Advanced Mediators. At its invitation, Anthony has also recently joined the inaugural mediation panel of the Abu Dhabi Global Market Arbitration Centre (ADGM).

Anthony has advised and/or has appeared for:

Anthony is accredited as an advanced mediator by Resolution Institute (formerly LEADR). He is also accredited the New South Wales Bar Association under the National Mediator Accreditation System Standards (NMAS). He is ranked by “Doyle’s Guide to the Australian Legal Profession” as a leading mediator in New South Wales, 2018-2021.

Anthony has acted as mediator in a vast array of matters since he was first accredited over 25 years ago. He has mediated hundreds of complex disputes and uses his experience as both Senior Counsel and as a mediator to quickly identify the issues and to gain an understanding of the position of each party in the mediation to assist in facilitating a fair and efficient resolution to a dispute.

Anthony’s work as a mediator includes: 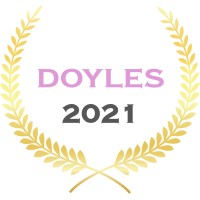